Last week Elvira de Rooij, founder of Goodget and initiator of BluGrass (formerly known as Blue Harvest Netherlands), was awarded the title of Green Tech Pioneer by Tegenlicht, a weekly documentary series of Dutch public broadcaster VPRO, comparable to BBC’s Horizon. Out of 93 contestants, the 5 most inspiring pioneers were chosen by public vote and a jury made up of a.o. national sustainability advocate and serial entrepreneur Ruud Koornstra.

As one of the 5 Green Tech Pioneers, Elvira had to pitch her story at a fully packed Pakhuis De Zwijger in Amsterdam on wednesday 13. December. There is also a good possibility that BluGrass will feature in an episode of Tegenlicht next year! 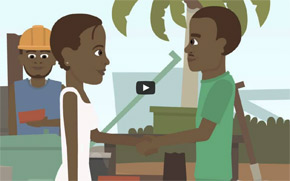